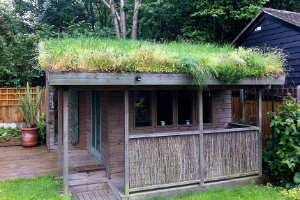 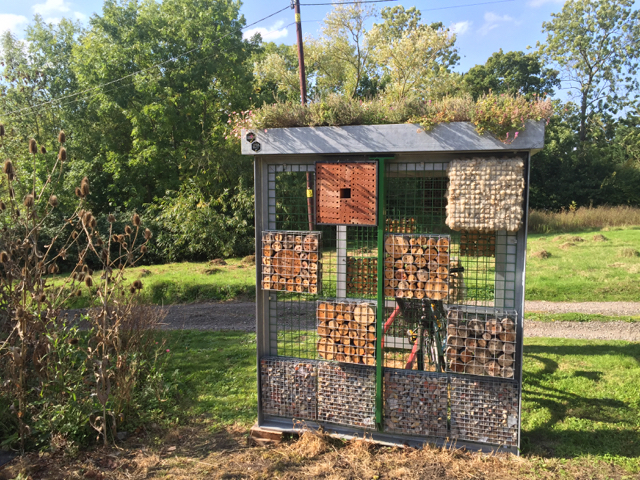 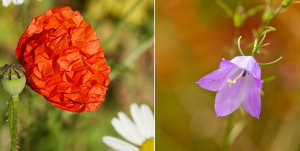 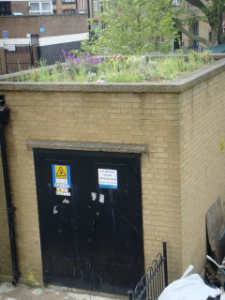 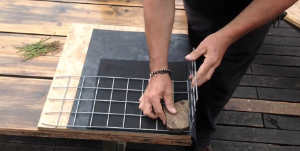 Brownfield habitat is important to us here at GRT. In fact, we like to get people to design their green roofs to mimic the wonderful habitats that can be found on post-industrial landscapes. 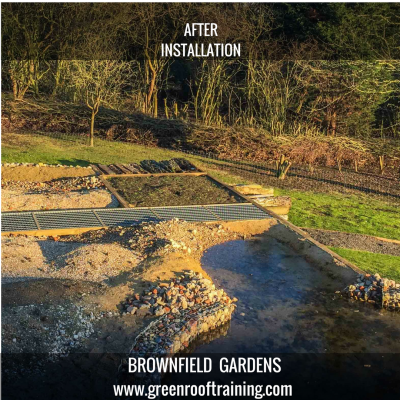 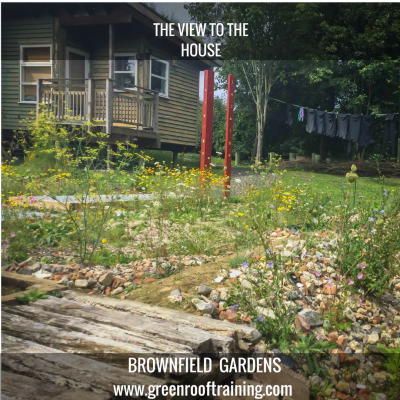 Why our waste could become our best wildlife habitat

It’s the sight that most sums up our selfish disregard for wildlife and our precious green space. A supermarket trolley dumped in a pond induces disgust more than anything else. We are not suggesting we save wildlife by dumping trollies in ponds but if we made sure it was below the water and out of sight, it would become one of the most important and diverse parts of the pond. In the same way decommissioned ships are sunk to form new and incredibly important reefs. The trolley in the pond is soon the place where pond life loves to hang out. 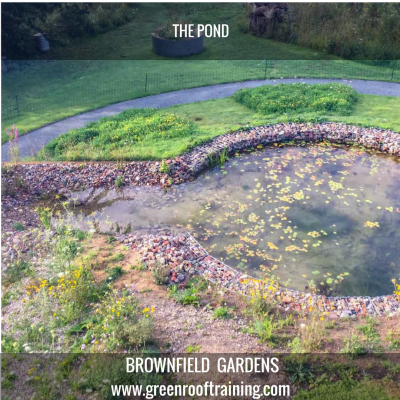 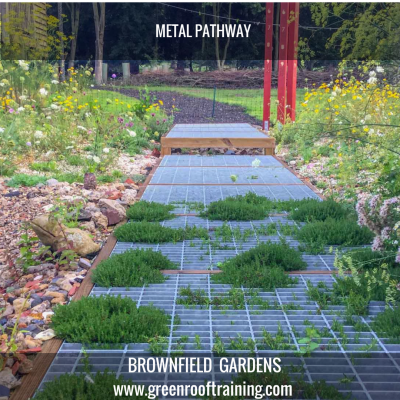 Eleven years ago John Little created a scrape in his garden, Hilldrop, replacing the topsoil with crushed brick and rubble.  He had heard about brown roofs and thought why not try it on the ground.  In 2017, he was fortunate enough to have the amazing James McGill survey his garden. It turned out that the rubble was by far the most interesting and diverse part of our garden.

Wildlife appears to love waste. So perhaps we should just design it back into our landscape. But it needs to work  aesthetically as well as functioning as a habitat.

The part of Essex where John lives is one of the most amazing locations for wildlife, especially invertebrates. Industry and construction removed a lot of the traditional habitat, but this activity has instead produced one of the most diverse habitats we have: brownfields. These places have been referred to as our ‘rainforests‘. The diversity of wildlife is remarkable. What makes them work for wildlife is partly owing to the disturbance and our waste. Indeed, if we stop ‘disturbing’ or managing these places they would probably become far less valuable. 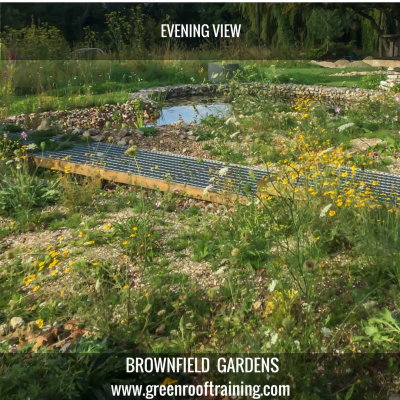 Piles of our rubbish become homes for a myriad of species. The  low nutrient waste supports plants that can’t survive on the rich soils of conventional landscapes. For our cold-blooded friends, reptiles, brick rubble is the perfect spot to warm up and seek prey. We must not underestimate the potential of these places. However, if we want the public to warm to them, like the reptiles, we need to design it into the landscape with aesthetics in mind. 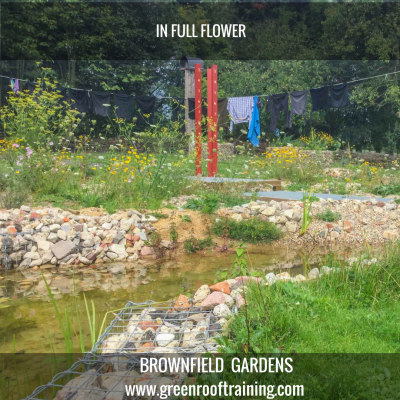 So the creation of a brownfield garden at John Little’s Hilldrop aims to focus gardeners’ and landscapers’ minds. The original part of the brownfield garden was the creation of a wave of concrete rubble running down the length of the garden. This followed the basic principles of a green roof. Take the topsoil away, create a barrier and cover with rubble. Finally seed and let the low nutrient rubble blossom.

In 2016/17, this was taken a stage further. The creation of a pond and a series of substrate beds designed for invertebrates were created. The intention was to mimic many of the micro-habitats found on open-mosaic brownfield habits. The pictures above show how the garden has developed.

Furthermore, the new part of the garden included metal drums filled with sand. The perforated drums have proven ideal for several species of solitary bees. 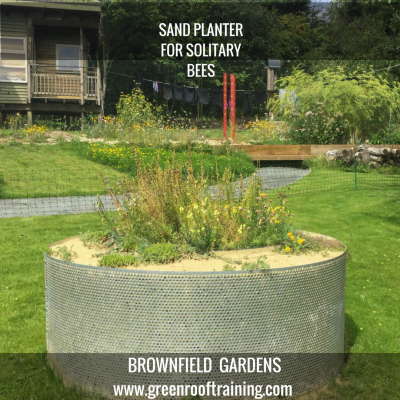 Several interesting species have already shown up on the site, including an as yet unidentified Eumenes species. Hopefully, more will arrive as time goes on.

John and the garden have already featured on  BBC Gardeners’ World. Furthermore, we have run a workshop on how to use ‘brownfield’ ideas in the garden. We will run more this year, alongside a mini-conference on green roofs and urban nature later in the year. If you are interested in a workshop or the conference do contact us.

And don’t forget: in many ways a green roof designed  for wildflowers has many of the characteristics of a brownfield. So your garage, shed or bike shelter can become a haven for rare wildlife too.